Someone had told me once that one day I would stop writing about my brother, that it would end. I didn’t believe it. Judging by the lack of posts over the past year, it might seem that that person was right. I always had it in the back of my head.

My first post detailed what my blog would be about: memories of my brother. I had it all mapped out. Physicists tend to like to think deterministically, or classically (Newtonian). Uncertainty about future events makes us uneasy; we like to be able to predict things, and knowing what the blog would be about made that aspect of writing simpler. No need to have to worry about the focus of the blog, I already determined it. Can’t get any simpler than that, right?

It’s not the first time well laid-out plans went awry. Nor should it be. As time went on, I realized those memories were in the past. And it became more and more unnecessary to dwell there. Maybe that’s why I received the omen above.

While that was becoming clear, something else became clearer as well: if writing was about the past, blogging is about the present.

“Slow and steady wins the race.” –The Tortoise and the Hare

I remember last year when I had wanted to run in 3 Spartan races for the next year. This year is next year. Funny how time flies by. The Spartan Sprint is already tomorrow.

I’m not as in good shape as I was last year, at least not running-wise. I had been training but caught a nasty bug a few weeks back that sidelined me. Luckily, I’m back on my feet in time for the race. Tomorrow’s race is half as long (~ 4 miles) as the one I ran in last year (~ 8 miles) so it shouldn’t be too tough, I hope. And I have the benefit of some experience this time. I’ll be running with a familiar face tomorrow, and a new one. It should be fun.

I wonder if my brother would have wanted to complete the trifecta, or if he would have just been content with running one race last year. He always was a trailblazer and knew when to quit before something got old. Then again, he did like to run and liked these types of obstacle races. Maybe he’d have convinced me to run with him this year after telling me how much fun he’d had. I don’t know. What I do know is this: tomorrow, we’ll be running together.

It’s about that time of year again; Time to run in a Spartan race. Last year, I ran in the Super Spartan in September. My brother had wanted to run in it; I wound up running in it instead. This year, I plan to run in at least three races. The funny thing is, I had never intended to run in a single one. Ever.

Funny how that works out.

I don’t wanna play today. I just wanna go home, man. 5:30 pm and the big board shows a bevy of departures over the next 30 minutes or so. One for Rye, another for Mt. Vernon. One is conspicuously blank, of course: mine. The departure is scheduled for 5:41 pm, and this ever-increasing throng and I are now standing here like cattle anticipating the track number, watching the big board with increasing fervor. I’ve played this game before, unfortunately, and it ain’t fun. As soon as the slot lights up with the track number the great rush will be on. The prize? A preferred seat on the train and, if positioned right, avoidance of the ensuing traffic jam through the bottlenecked gate. Games are supposed to be fun, this one’s just dumb. Here’s how I’m gonna play:

END_OF_DOCUMENT_TOKEN_TO_BE_REPLACED

No, I’m not talking about your grocery-variety Spam, but rather the yucky kind that pollutes email inboxes all over cyberspace. Everyone’s been accosted by it. It’s not surprising it exists considering regular mail is (increasingly) full of it (junk mail, anyone?).

END_OF_DOCUMENT_TOKEN_TO_BE_REPLACED

“You know what? The only ones gonna tell me when I’m through doing my thing, is you people here.” –The Ram to the crowd, in The Wrestler

I was watching The Wrestler with my mom last night. It was the second time I’d seen it, first for my mom. I’ve never seen it from beginning to end but, as usually happens, I caught something I’d missed the second time around.

END_OF_DOCUMENT_TOKEN_TO_BE_REPLACED

“Holy s***! Can you believe he caught that?!” — me to my brother during Super Bowl XLII.

Super Bowl XLVIII is here. I’ve watched plenty of Super Bowls. The funny thing is, for all the ga-jillions of dollars spent on advertising and hype during the two weeks leading up-to and during the game, I only remember a handful of them. I don’t know if that means advertisers are not doing a good job or if I just have a rotten memory. I think it means there are more important things than the game itself, at least to me.

END_OF_DOCUMENT_TOKEN_TO_BE_REPLACED

“No matter where you go, there you are.” –plaque on the starship USS Excelsior, in Star Trek VI: The Undiscovered Country

It’s been about 5 weeks since my last run. Normally I’d think it was just a phase and that it was all out of my system. But I’m pretty sure my lack of running recently is due to the cold weather. I much prefer running in the spring or summer, though even then there are some annoyances. I’m not a fan of running in the cold because, well… it’s cold. It’s a whole production with the layers of clothing, hat(s), etc. And breathing in the cold air is no fun, at least for me. Louie went running in the cold. I’m not sure if he liked it or just tolerated it too. On the flip side, running in the summer can be annoying too (one word: sweat.). Pick your poison I guess. I’ll just tone it down during the winter months, or maybe just hit the treadmill instead of running outside.

I was a little slower on my runs than usual, and a little more tired on my exercises too, but it was rejuvenating nonetheless – like visiting a good, old friend.

“I worked out with a dumbell yesterday. I feel vigorous!” –Frank to Estelle, in Seinfeld 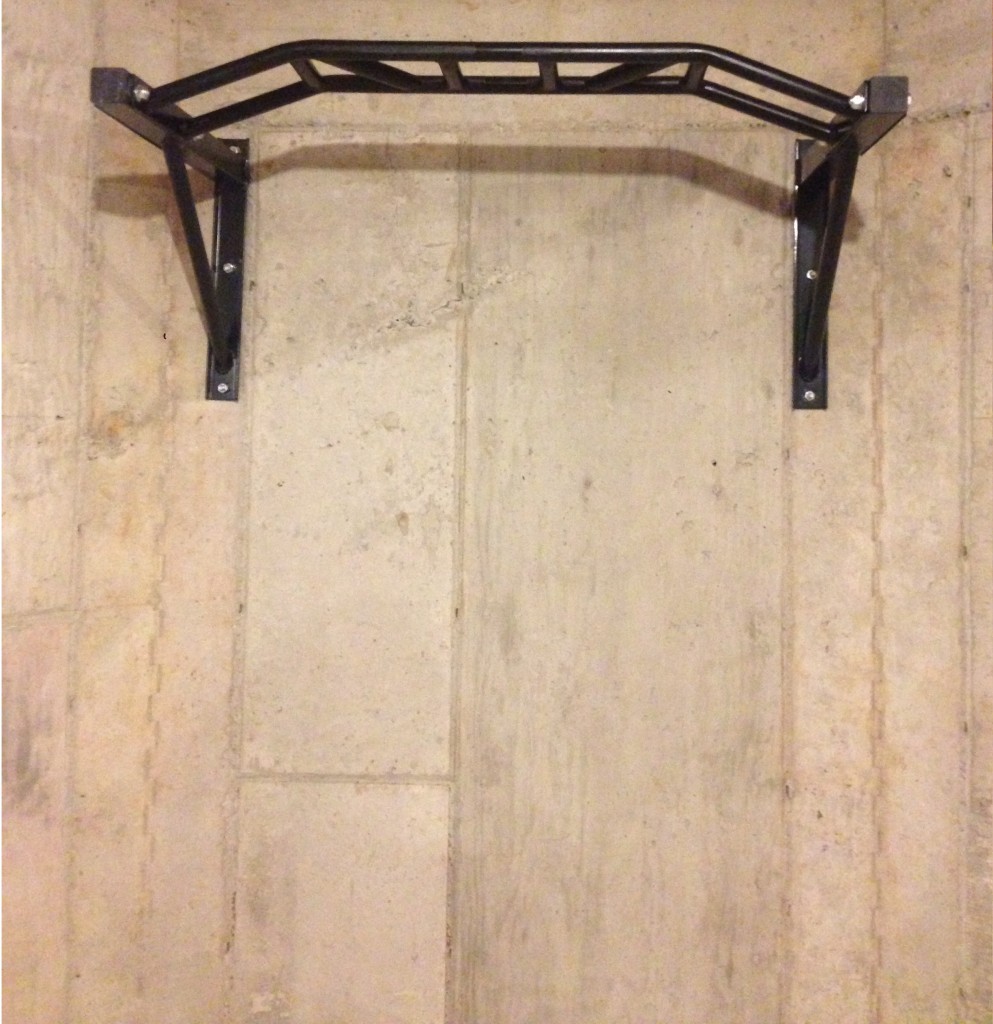 “You know what I’d do if I were you?” he said, after I had thanked him for a gift he’d given me for Christmas last year and we were talking about how and where I was going to use it.

“I’d put up a pull-up bar in the basement. Then you could just workout right here at home.”

“Yeeeeaaahhhhhh! Then whenever y’all come over, we can just workout in the basement.”

I purchased the pull-up bar shortly after he passed away, but it sat there unassembled for months. I finally managed to put it up a few weeks ago. It’s pretty awesome. It’s just a pull-up bar, but I have a certain reverence for it.

“Well, birthdays are merely symbolic of how another year has gone by and how little we’ve grown. No matter how desperate we are that someday a better self will emerge, with each flicker of the candles on the cake, we know it’s not to be, that for the rest of our sad, wretched pathetic lives, this is who we are to the bitter end. Inevitably, irrevocably; happy birthday? No such thing.” –Seinfeld

On this date last year I was participating in some training sessions for my company. For three whole days I was offsite at another office location in midtown, on the West Side. The cool thing about it, other than getting a reprieve from my usual duties, was that my brother worked only a few blocks away from where I was now located. We always met up a few times a month for lunch, but usually not 3 days in a row. We hung out the day before for lunch at some pizza shop around the area that also sold beer. Needless to say, beer + bro + pizza = a good time.