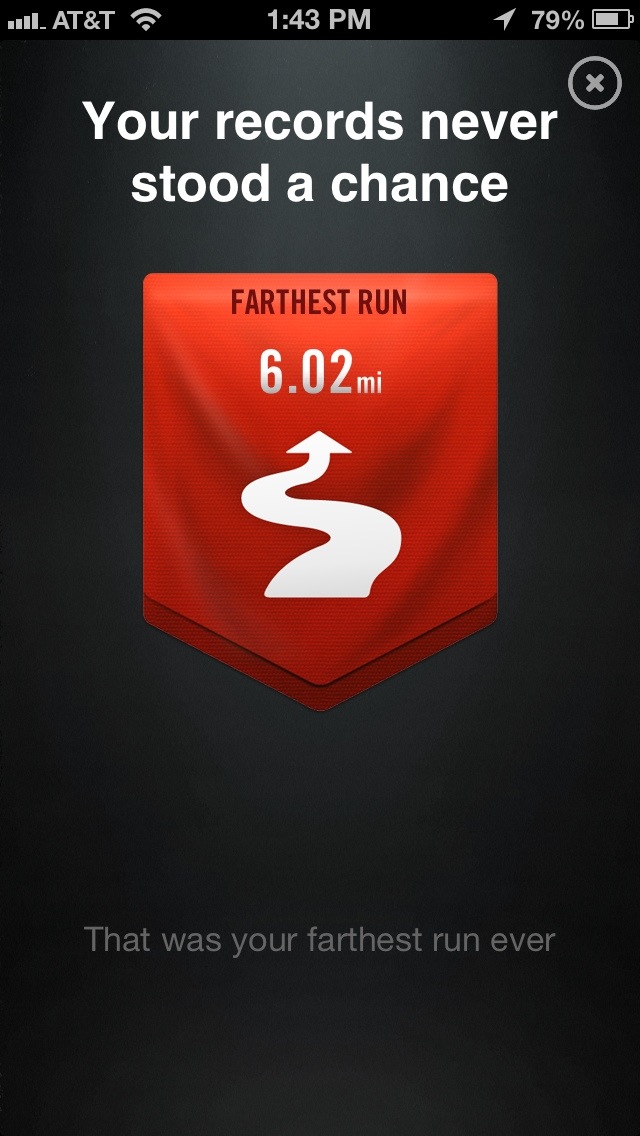 I think about a lot of things when I run: My pace, my breathing, how far I want to run, and a few other things. For the first half mile, I feel great; I feel I can run all day. Then it starts to set in: the slight burn in my legs, a bit of labored breathing, and arms that feel like they’ve got a tad more extra pounds attached to them.

At a mile is where I really feel it: More leg burning, heavier arms, and a more concentrated effort to control my breathing. This is when the mental battle begins:

“Why’d I get up so early – I shoulda stayed sleeping.”

“I don’t think I can go on much longer.”

I’m at the brink of giving in. But then I hear something in the distance: a soft whisper growing louder as it approaches, much like an oncoming train, until it becomes a deafening roar. It’s the will, and it’s right on time:

Every time doubt and fear rear their ugly heads, the will rolls right over them. And this dialogue continues for the remainder of my run until I’m done, until I’ve reached the goal set for that session. I’m not running world-best times or news-breaking distances at the Olympics or anything like that. But it’s the battle that I am now appreciating. I’m sure Louis experienced it too. I’m sure he appreciated it. This is exactly the kind of conversation I’d have with him. I miss being able to do so.

Most people think exercise isn’t for them. They concede to the fatigue (I do too sometimes). They concede to the excuses. But we all feel fatigue, we all feel like giving in. Even the elite athletes feel it, but they are so well trained and their minds so resilient that they will themselves forward. Their will can be so strong, sometimes they can even play at a high level even when their body cannot (Think Michael Jordan playing with the flu – or food poisoning – in the 1997 NBA Finals to lead his team to a pivotal win in Game 5). And there are those who’s wills are mightier still, like Rudy. Here was a guy who was both academically- and athletically-challenged, yet somehow found his way onto one of the most storied football teams at one of the most celebrated universities. He literally willed himself the chance to play. It’s almost ironic: exercise benefits the body, but it really concerns the mind.

It’s not just sports talk, a mind game, or mumbo jumbo. Forget about sports and exercise, then, and think about life. Sometimes it throws you a curveball (ok, last bit of sports talk). How do you handle it? It doesn’t have to be a major problem, it could be something as trivial as a homework problem, a looming test, or whatever. Doubt and fear try to creep in:

But push these thoughts mentally down to the basement where they belong, don’t let them sit on the first floor with you, push them down:

“I’ll figure it out somehow.”

Your thoughts feed your will. If you think positively, if you believe you can, then you will.

That brings up an interesting point: Does the will follow thought or does thought follow the will? It turns out it works both ways. Even if you’re down-trodden, even if you know you’re beaten in your heart of hearts, even if your will is miles away stuck on the tracks, muster up the courage and force yourself to say – literally just say – these magic words:

You’ll find that that train will magically arrive right on time.