“Give a girl the right shoes, and she can conquer the world.” –Marilyn Monroe 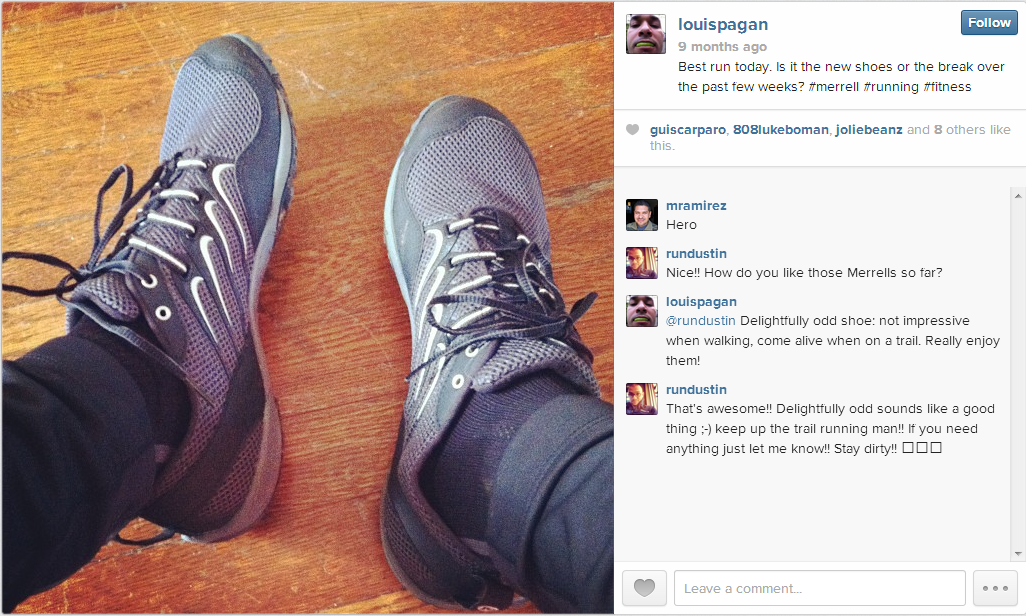 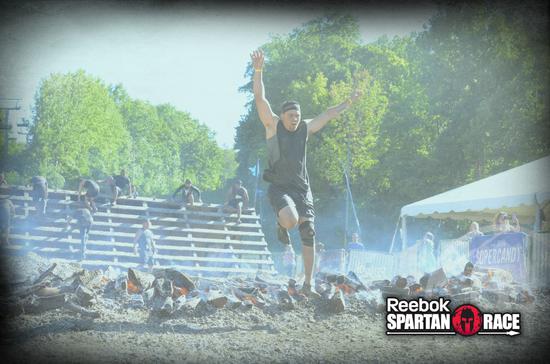 Look closely at my shoes (bottom pic). They hardly look like shoes at all (they hardly feel like them either.). I didn’t know what the hell to wear regarding footwear. Trail running is new to me (hell, running, period, is new to me). I knew whatever shoes I wore would get muddy and that they’d get soaked with water from all the mudpits. Who the hell wants to be sloshing around in water-logged shoes? Not me, for sure. So the way I saw it, I had a choice: run in my Nike Free+ 3’s, dust off my old basketball shoes and run in those, buy a pair of trail running shoes, or go with my Vibram FiveFingers (running in my brand new Brooks Ghost 6 shoes definitely wasn’t an option). I debated all the way up to the final few hours.

I wondered what kind of shoes my brother would’ve worn. He had a pair of FiveFingers, and a pair of trail running shoes. I kind of felt, though, that he probably would’ve gone with the trail running shoes. I felt this because he had first gotten the FiveFingers and had run with them (I think), but was later running in the Merrells. His Instagram post (top pic) says just how awesome they are on the trails (and you thought I was shoe-nutty!). Why’d he do that, I thought. This is just the sort of question I would’ve asked him for advice on. I can imagine the dialog:

“Which shoes you going with?” I’d ask.

Well, that doesn’t help too much, but at least I narrowed it down to two. Both the trail running shoes and the FiveFingers are made for the trails; Both are lightweight, which is what you want when going over hills; Both won’t retain water. So which of the two? I suddenly realized I hadn’t thought about this enough beforehand. I literally went to the store the day before (the race) to check out some NB’s and some Merrells. I quickly became aware of two problems with the option of going with the trail running shoes:

1) The price. I couldn’t fathom how I could conscionably shell out for expensive shoes and run them into the mud the very next day – literally;

But I’ve never run in the FiveFingers either (not really, anyway). And from what I’ve read, you should really break them in a month prior to get used to them. Otherwise, your calves will be on fire. “Maybe I should just go with the Free’s instead after all,” I’d thought. “But what if… Uggghhhhh!”

In the end, as you can see, I went with the FiveFingers. Screw everyone’s warnings and screw breaking them in. Time ran out.

I’m glad I did. They rocked! (Even though my calves were on fire for the next few days.) But, still, I am curious about those trail running shoes.