I’ve heard it said that communication is 99% non-verbal, or something like that. When it came to greetings or the usual ‘chit-chat’ our’s lacked considerable verbiage. Here’s how it’d usually go:

That was it. Not much said and yet everything said. “How’s everything?”, “how ya doin’?” and “have a good day” all rolled up in two succinct made-up words. Curious what the other was doin’? Easy lingo:

For which the reply would just be (you guessed it):

I don’t recall when we started saying it, but I think it had to do with Seinfeld.

It was a Pagan thing. Just between my brother and I (and my mom; later also adopted by the wives and kids.). Some of our friends tried to get down once in awhile, but whenever they said it it just didn’t feel right. It was our thing.

It seems like nothing but to me it’s like total recall. Everytime I think about it I still hear his voice saying it to me. 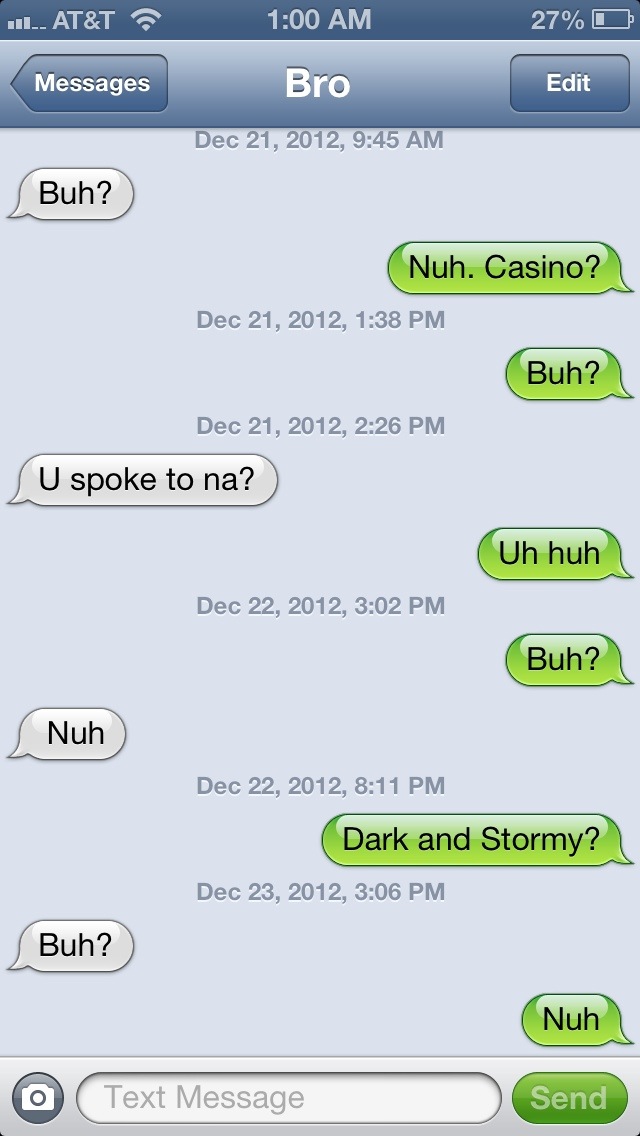